I was alone in Curt and Kathy’s luxurious mountain retreat-like home, while they were away in Colorado.  Jeff and Jenny invited me to spend Christmas morning with them and their adorable son.  Almost as soon as I arrived, they showered me with bountiful, thoughtful gifts.  I felt so loved.

I have amazing friends.

A couple of days later, my mother showed up at the front door, just passing through after visiting my grandmother.  I explained to her how my court hearing had gone, and vented about how frustrated I was that my husband was engaged to some random woman.

I was so shocked that I couldn’t even exercise my potty mouth.

How does she know?!

Since I had stopped researching my husband, his adventures and stories on the internet, I was blissfully unaware of the fact that his wedding picture was plastered on a website.  My husband had even twatted about his nuptials.  (Oh, pardon me: “tweeted”.)

My mother had a history of tracking my husband’s every move.  I had to firmly tell her to stop sending me information about him.  It was too painful, and detrimental to my healing process.

After my mother left, I sat alone in the kitchen, fingers poised above the keyboard.  I made a decision, and shakily typed in my husband’s — and his wife’s — name.

I took a deep breath.

There they stood, in a small Vegas chapel, holding hands and gazing into each other’s eyes. Vomit.  I was immediately shocked at how much the new wife closely resembled my mother-in-law: blonde hair, extremely frail frame, strong jaw.  My husband was clothed in same expensive-looking suit that he wore to our divorce hearing.  I felt embarrassed for him.

He married his mother.

I read the small article and subsequent congratulations that accompanied the picture.  The headline?  MERGER.

They were married on Saturday, November 20th “in front of family, friends, and business associates.”   The article referenced both of their “tweets” about their wedding.

Hers:
The first day of the rest of my life was beyond perfect. So much love and the most beautiful friends and family..thank you [husband] . . Everyone who attended thank you for making the room glow with Love. Here’s to doing next level shit.

“Next level shit”?  Uhhhh, I think bigamy takes things to a whole new level, for sure. 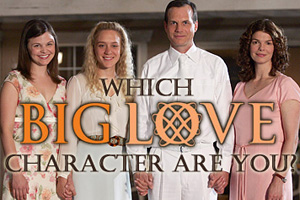 OH, GOD.  I HAVE A SISTER WIFE, I realized, and immediately called Andrea and Joy to tell them the news.  Andrea rushed right over.

Oddly enough, we couldn’t stop laughing.  It was just the most bizarre thing, ever.  How does one process that information?  It’s one thing to discover your spouse’s infidelity, or to hear that they are dating someone while you are separated.

My husband got married without making sure he was divorced.

I tried to rationalize like a dude.  Wouldn’t he want to play the field a bit?  He was free to sleep with whomever he wanted, no strings attached.  He was finally free to discover himself.

He was free to do whatever he wanted, except ONE thing.

As the information and reality sank in even deeper, I started to experience a vast array of emotions: anger; hurt; confusion; rage; frustration; embarrassment; further betrayal; relief.  I was livid with my mother for dropping that bomb on me.  At the same time, I figured it was best that I knew.  On the other hand, what was I going to do about it?  It would have been better to know a week earlier, so that I could have tattled to the judge.

No wonder he looked so nervous in court.  He is a BIGAMIST!  HE COULD HAVE GONE TO JAIL!!!

My mind drifted to my sister wife.  For some reason I had no immediate ill will towards her.  I actually felt sorry for her.  She was even more clueless than my husband, and she was supposed to be some hot-shot, savvy businesswoman.  It was obvious that he was marrying her for her money.  He needed someone to take care of him.  I had quit that job.

I then started to feel like my entire marriage really, truly was a lie.  The institution of holy matrimony had been bastardized and shat upon by an ordinary cheater-turned-bigamist, who sported meaningless tattoos.

It was all a show.

He doesn’t know who he is.

But I knew who I was.  Or at least who I was supposed to be.  I had always known.  I felt like I had been rescued from the circus freak show just in time.  This discovery was a huge turning point in me finally letting go of the boy I once loved.

The New Year dawned.  The only thing left unsettled in our divorce (besides the new, illegal marriage) was the money that my husband had agreed to split with me.  I knew he had it, and I wanted it.

For months you have been telling me I would have the retirement funds in December 2010.  It is now January 2011, I wrote, calmly.

Please provide an accurate statement of all funds in all accounts, along with a check for my half in thirty days or I will file for contempt of court.  If you do not comply, this will result in your arraignment and additional hearing(s).  You are required by law to meet the terms of the divorce agreement or face costly sanctions.

He responded immediately, and balked at my tone of voice.  It was as if we never knew each other.

You have thirty days.  And, no, I don’t know you. At all.  Whoever you once were is a faded, distant memory.
Do not contact me for any other reason than news of our divorce settlement. I do not know you, and I certainly do not appreciate being still legally married to a bigamist.

And then, the War of the Words began.